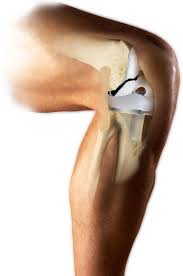 The drug price regulator National Pharmaceuticals Pricing Authority (NPPA) has capped the prices of orthopaedic knee implants upto 70% lower than current market rates.
It will be valid for all orthopaedic knee implants sold within India – whether domestic or imported. Earlier in February 2017, the NPPA had capped the prices of stents used in cardiac surgery.

According to World Health Organization (WHO) estimation, osteoarthritis is going to be the fourth largest cause of immobility in globally by 2020. NPPA in its preliminary analysis had found that importers, distributors and hospitals are earning hefty trade margins ranging from 67% to as high as 449% orthopaedic knee implants.

This decision has been taken keeping people’s interest and health security of the nation into consideration. It is considered as a major relief to patients suffering from knee problems. It will help check unethical profiteering in the implant surgery. It will benefit around 1.5 to 2 crore knee patients and result in savings of Rs 1,500 crore annually to patients requiring surgery.

NPPA is an independent body under Department of Pharmaceuticals under the Union Ministry of Chemicals and Fertilizers. Its functions are to fix/revise the controlled bulk drugs prices and formulations, enforce prices and availability of the medicines under the Drugs (Prices Control) Order, 1995/2013, recover amounts overcharged by manufacturers for the controlled drugs from the consumers and monitor the prices of decontrolled drugs in order to keep them at reasonable levels.