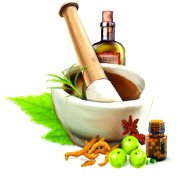 National Ayurveda Day was celebrated on November 2, 2021 by the Ministry of AYUSH, across the country.

In the year 2021, the day was observed under the theme “Ayurveda for Poshana (Nutrition)”.

Lord Dhanvantari is the god of Ayurvedic medicine. Thus, Dhanteras is observed every year for the wellbeing of everyone. Lord Dhanvantari is the healer of all ailments. According to Hindu mythology, Lord Dhanvantari (a physician of the gods) appeared before Devas and the Asuras during Samudra Manthan. He was holding Amrita (or nectar of immortality) and Ayurveda text in his hand. Devas and Asuras wanted the Amrita to become immortal. This led to a fight between both the groups. Later, Garuda protected the nectar from the Asuras.