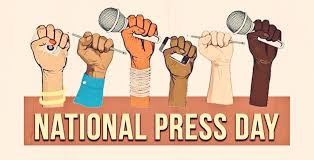 In India, the celebration of National Press Day is considered as the symbol of free and responsible press in India.

The Article 19 of the Constitution of India provides the right to freedom of speech and expression. However, the freedom of press is not specifically included in the article.

Violence against journalists in India

According to the Global Press Freedom Index, 2020, that was released in April 2020, India ranked 140th out of 180 countries. The following were the performance analysis of India by the report

The World Press Freedom Index (or the Global Press Freedom Index) is being published since 2000 annually. It is published by the Reporters Sans Frontieres or Reporters without borders. It is an independent Non-Governmental Organisation. It has a consultative status with the UNESCO, United Nations and the International Organisation of Francophonie.

The NGO ranks the countries based on the parameters such as media independent, pluralism, media environment, legislative Framework, quality of infrastructure and transparency.