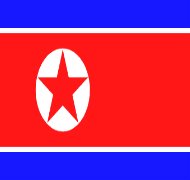 North Korea has test-fired a ballistic missile defying global pressure and warnings from the United States and its main ally, China. The test was conducted from the Pukchang region present in the north of the North Korean capital, Pyongyang. However, according to the US and South Korean officials, the test has failed and it is North Korea’s fourth successive unsuccessful missile test since March. The missile launched is expected to be a medium-range weapon known as a KN-17 and appears to have disintegrated within minutes of taking off.

South Korea has said that the launch was a clear violation of UN resolutions and warned North Korea of tougher UN sanctions. Earlier, US Secretary of State Rex Tillerson had warned North Korea of catastrophic consequences if it fails to curb its nuclear and ballistic missile programmes. Japan has condemned the test as unacceptable.

North Korea has been conducting missile and nuclear weapons-related tests at an unprecedented level since the beginning of this year. In February, it successfully launched a new intermediate-range ballistic missile that is capable of carrying a nuclear weapon. Similarly, it also successfully tested ballistic missiles on March 6. But since then it has caused a series of failed missile tests. The reasons behind the failed tests are largely unknown.
It is said that North Korea has made some progress in developing intermediate-range and submarine-launched missiles. Even North Korea’s sole major ally, China is not able to convince the former to abandon its missile and nuclear weapons development plans.

In a show of force, the United States could conduct new naval drills and deploy more ships and aircraft in the region. It has already sent the USS Carl Vinson aircraft carrier group to waters off the Korean peninsula. Already, the USS Michigan, a nuclear submarine has been docked in South Korea.
In addition, the US could also speed up its plans for new sanctions. However, such sanctions have done very little to prevent North Korea from pursuing its ballistic missiles and nuclear arms programme.