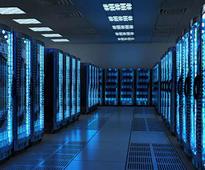 What is Yotta D1?

Yotta D1 is the first of the 6 data centre buildings currently being built in the Greater Noida data centre park. The first data centre was operationalized in just 20 months with an investment of around Rs.1,500 crore. The hyperscale data centre was developed by Yotta Infrastructure – an arm of the Hiranandani Group. It is situated at a strategic location close to important business hubs of India’s National Capital Region. This provides a major boost for the region’s digital economy.

The data centre spans across 3 lakh sq feet, having a ground floor and 7 other floors. It has an IT load capacity of 28.8 MW. It is capable of hosting 5,000 racks across 7 server floors. It offers fail-safe 48-hour power backup on full load.

Spanning across 20 acres, the Yotta Greater Noida Data Center Park is the first data park in the region. It will have 6 interconnected buildings, providing a total capacity of 30,000 racks, four dedicated fibre paths and an IT power capacity of 160 MW. The park is being developed at the cost of Rs.7,000 crore.

Yotta Infrastructure announced that it will invest Rs 39,000 crore in Uttar Pradesh in the next five to seven years. This investment will be used for the construction of data centre campus and procuring IT equipment and other hardware by Yotta and its customers.

What are the challenges faced by the Yotta Data Centres?

With heatwaves becoming more common and severe due to climate change, data centres are at risk of overheating. Greater Noida is experiencing a concerning level of heatwaves during summers.

To address this, Yotta Infrastructure’s data centres will be equipped with adiabatic cooling system, which will help the chillers to reduce heat. These chillers will not be used during winters since there will be natural cooling from the atmosphere. The Yotta has an automatic system that identifies whether the outer atmospheric temperature is lesser than the desired temperature in the data centre. During such instances, the chillers will automatically stop working and the external cool air will enter the centre to maintain the temperature in the internal environment.

Data centres are very attractive targets for to cyberattacks. With India rapidly shifting towards digital economy, data centres in the country are getting the attention of the threat actors. To address this concern, Yotta currently has around 20 services providing cybersecurity measures. It has also partnered with cybersecurity service providers and is involved in educating its consumers about these threats.