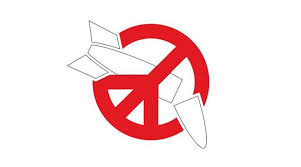 Norwegian Nobel Committee has selected Geneva-based International Campaign to Abolish Nuclear Weapons (ICAN), a coalition of non-governmental organisations from over 100 countries around globe for 2017 Nobel Peace Prize.
The Norwegian Nobel Committee honoured ICAN for its decade-long campaign to get rid the world of atomic bomb and for its work to draw attention to catastrophic humanitarian consequences of any use of nuclear weapons and its ground-breaking efforts to achieve treaty-based prohibition of such weapons.

ICAN is a global civil society coalition of 468 partner organizations from 101 countries working to promote adherence to and full implementation of Treaty on Prohibition of Nuclear Weapons. It is a leading civil society actor which has taken efforts to achieve a world without nuclear weapons. Its headquarters are in Geneva, Switzerland.
ICAN’s mission is to shift disarmament debate to focus on humanitarian threat posed by nuclear weapons, draw attention to their unique destructive capacity, their catastrophic health and environmental consequences, debilitating impact of detonation on medical infrastructure and relief measures and long-lasting effects of radiation on surrounding area.