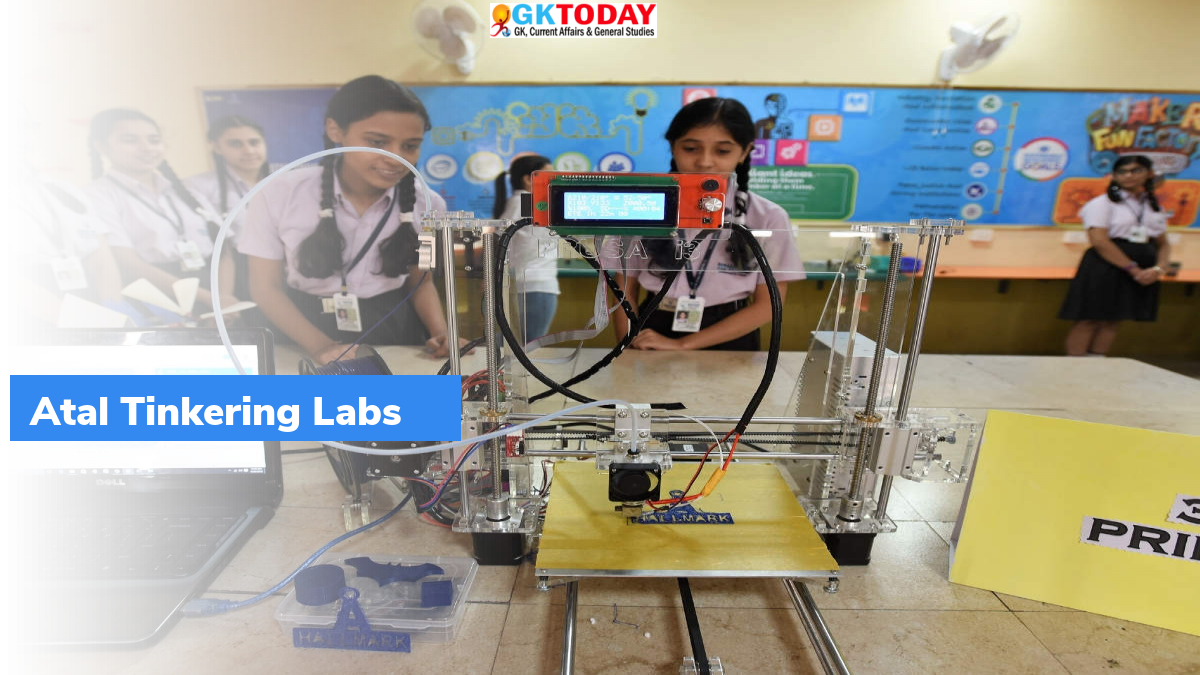 The NITI Aayog has planned to establish 1000 Atal Tinkering Laboratories in Jammu and Kashmir.

ATL is a sub-mission under Atal Innovation Mission (AIM) of Central Government in India. It is the flagship initiative of AIM, that seeks to nurture an innovative mindset amongst high school students across India. It is an important government scheme administered under NITI Aayog. The initiative also seeks to boost cognitive development among children where they are provided avenues to widen their understanding on scientific ideas.

What is Atal Innovation Mission?

Atal Innovation Mission (AIM) is the flagship program of central government to foster a culture of entrepreneurship and innovation. AIM under NITI Aayog is anticipated as an umbrella innovation organisation that play an instrumental role in aligning innovation policies between central, state and sectoral ministries. Important components of the AIM are: