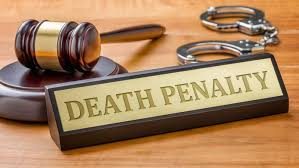 On March 20, 2020, four convicts of the Nirbhaya Gang Rape were hanged to death in Tihar Jail.

Article 145 of the constitution allows the Supreme Court to frame its own rules. Under the Article, the SC rules its own proceedings, cases handled by the it, transferred to high courts, etc. It has powers to stay proceedings, grant bail, allocate number of judges to sit in a bench, etc.

With this power, the apex court refused to consider the petitions of the accused.

The act was also called Nirbhaya Act. The act made several changes to the punishments of rape and sexual harassment accused. Also, the other laws such as Indian Penal code, Code of Criminal Procedure, 1973, Indian Evidence Act were all amended.

Six days after the Nirbhaya incident GoI constituted a judicial Committee under J S Verma. The judicial changes were made according to the recommendations of the committee.