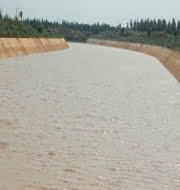 The National Green Tribunal recently directed all the states and union territories to designate a nodal agency to protect the water bodies in their regions. The nodal Agencies may hold their meetings under the guidance of chief secretaries of the state. Also, the National Green Tribunal has further directed that the meeting should be held on time.

The protection of water bodies are highly essential for protection of environment. It increases water availability, microclimate, aquatic life, recharge of groundwater and maintaining regular flow of the rivers.

The Central Pollution Control Board of India has identified 351 polluted river stretches on 323 rivers during 2018. According to CPCB, these river stretches are located in the states of Gujarat, Assam and Maharashtra. The river stretches in Uttar Pradesh and Bihar are less polluted than these three states.

In spite of Clean Ganga Mission of India, several stretches of the mighty Ganges are still polluted. The Biological Oxygen Demand in the stretches of Ganges are in the range of 3.5 to 8.8 milligram per litre. And therefore, Ganges is still put under priority 4 river category.

What is Biological Oxygen Demand?

The Biological Oxygen Demand is the amount of dissolved oxygen required to remove the waste organic matter in the water body.  The removal of the waste is done by the aerobic bacteria in the water.  Therefore, it is actually the amount of dissolved oxygen consumed by the bacteria in the water in the process of removing the waste, that is in the process of decomposition. It is expressed in milligrams of oxygen per litre.