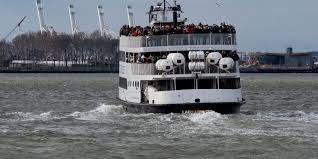 The Government of India recently identified new routes for ferry services through inland waterways. This is being done to promote coastal shipping and boost tourism.

About the New Routes

The new routes include Hazira, Somnath temple, Okha and Jamnagar. Also, destinations along the international routes have also been identified under the Sagarmala Project. The Sagarmala project aims to promote port led development in the country by using the 7,500 km long coastline.

Around six international routes have been identified. These routes include four international destinations such as Seychelles, Chattogram of Bangladesh, Madagascar and Jaffna of Sri Lanka.