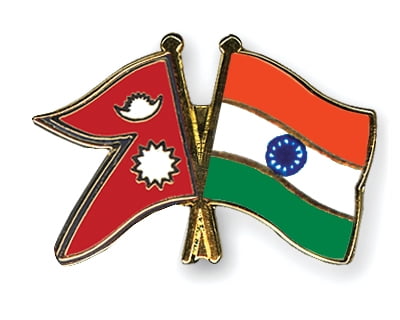 On September 18, 2020, the Nepal government introduced new textbooks with revised political map of the country. The new political map includes Kalapani, Lipulekh and Limpiyadhura areas. These regions are claimed by India.

What is the dispute?

India and Nepal have border disputes over Kalapani, Limpiyadhura and Lipulekh regions. The region is a trijunction between India, China and Nepal. The countries have border demarcation issues over the Susta area in the West Champaran district of Bihar as well.

The new political map was launched by Nepal in May 2020.

The Kali river in the Kalapani region demarcates boundary between India and Nepal.

The border issue between the countries date back to 1816. In 1816, the Treaty of Sugauli was signed between British India and the Kingdom of Nepal. According to the Treaty, the Kali river is marked as the western boundary of Nepal with India. However, the issue lies in locating the source of the Kali river. Hence, both the countries are producing maps of their own.

What is the issue in Susta region?

The change of course of Gandak river is the main reason for dispute in the Susta region. The region is located in the bank of Gandak river. The river is called Narayani in Nepal. It joins the Ganges near Patna, Bihar.

According to India, the Kali river originates well below Lipulekh pass and the Treaty of Sugauli does not demarcate the area to the north of these streams. The revenue and administrative records of the nineteenth century also shows that Kalapani region was on the Indian side.

According to Nepal, Kali river originates from a stream in the north west of Lipu Lekh at Limpiyadhura. Hence, all the three regions (Kalapani, Lipulekh and Limpiyadhura) fall to the east of the river. Nepal also claims that the earlier rulers had deleted Lipuekh from the country’s political map to get favours from India.

After the India-China war in 1962, the territory was offered by King Mahendra to India. The king did so as he wanted help from India due to perceived lingering Chinese threats.