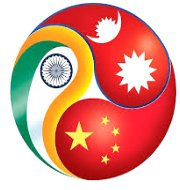 Nepal has signed a Memorandum of Understanding (MoU) with China in order to import all kinds of fuel in order to ease fuel crisis in the country.
It was signed by Nepal Oil Corp (NOC) and China National United Oil Corporation (PetroChina) in Beijing to supply all kind of the petroleum products for Nepal needs.
This is the first time that China is commercially supplying petroleum to Nepal and already had agreed to donate 1.3 million litres of petrol to landlocked Himalayan country.