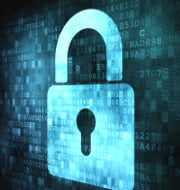 The fourth phase of the Digital Shakti Campaign was launched recently by National Commission for Women (NCW).

What is Digital Shakti Campaign?

The Digital Shakti Campaign is a national-level campaign that was launched in 2018 to digitally empower and skill women and girls to ensure their safety in cyberspace. Through this initiative, over 3 lakh women across India have been made aware of cyber safety measures, reporting and redressal mechanisms, data privacy and technology usage.

Why was the campaign launched?

Over the past decade, there has been a surge in the number of cybercrimes in India. A majority of these crimes targeted women. Some of the reasons behind this are prevalence of huge gender inequality and the lack of digital literacy. Also, most of the women who are victims of cybercrimes do not file complains due to the absence of support from family or law enforcement and the lack of awareness. Despite the presence of a cybercrime reporting portal to ease the complaint reporting process, many cases remain pending and unresolved. Those cases that have been resolved and disposed off were reported again within 6 to 12 months on an average. These challenges make women and girls highly vulnerable to cybercrimes.

About the third phase

The third phase of this initiative was launched in March last year. It was launched in Leh by the National Commission for Women (NCW). In this phase, a Resource Center was developed to provide information about available avenues for reporting in case a woman becomes a victim of a cyber crime.

The Digital Shakti 4.0 aims to make women digitally skilled and aware to stand up against illegal or inappropriate activities occuring in the cyberspace. It was launched by the NCW in collaboration with the CyberPeace Foundation and Meta. It seeks to achieve the goal of making cyber space a safe place for women and girls.