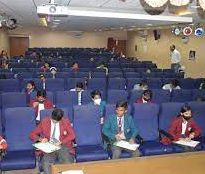 The Governor of Tripura, Ramesh Bais, has inaugurated the “Udaipur Science Centre” on February 28, 2021 at Udaipur in Tripura.

The Udaipur Science Centre was developed at the cost of Rs 6 crore. This amount is funded by both the Ministry of Culture, Govt of India and Department of Science, Technology & Environment, Tripura Government. With the establishment of the science centre, the National Council of Science Museums (NCSM) has also set-up science centres across the north eastern states.

It is an autonomous organisation working under parent head of the Ministry of Culture. NCSM is the largest chain of science centres or museums which works under a single administrative umbrella across the world. The organisation comprises of 24 own science centres or museums, training centre and one R & D laboratory. It has been built in order to coordinate all the informal science communication activities in the arena of museum. The first science museum was the “Birla Industrial and Technological Museum (BITM)” that works under CSIR 43. It was opened in May 1959. The second museum was established in July 1965 and was named as Visvesvaraya Industrial & Technological Museum (VITM). In the 1970s a Union Planning Commission was constituted after the popularisation of science and technology thorough science museums.

It is a unit under National Council of Science Museums (NCSM) located at Gurusaday Road, Kolkata. It was set up by the industrialist Ghanshyam Das Birla at BITS, in Pilani. It depicts primarily the industries and business enterprises of Birlas. It was opened for public in 1954.