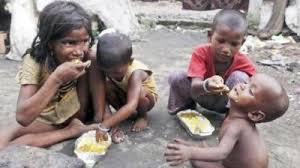 The Ministry of Health and Family Welfare organized first National Nutrition Survey. The ministry took help from UNICEF to complete the survey. The survey was conducted between 2016 and 2018.

In India, for the first time the ministry measured malnutrition that included micro nutrient deficiencies. It was done by collecting urine samples and blood samples. Apart from this, details of non – communicable diseases like hypertension, diabetes, cholesterol, kidney function in children were also collected during the survey.

Key findings of the survey

The survey covered more than 1,20,000 children and adolescents in rural and urban area. It aims to assess the following

Recently India marked the National Nutrition Week between September 1 and September 7, 2019 and marked September as Poshan month. It is important to encourage such measures as the country has around 194.4 million undernourished people. According to Food and Agriculture Organization, they constitute 14.5% of the total Indian population.

According to the index, India is suffering from serious problem of malnutrition

Steps taken by the Government of India to combat malnutrition

What is malnutrition and under nutrition?