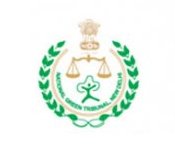 A Bench headed by NGT Chairperson Justice Swatanter Kumar has banned open defecation and waste dumping on the floodplains of the Yamuna. It has also slapped an environment compensation of Rs 5,000 for people who violated the order. Apart from this, the NGT has also constituted a committee under the head of Delhi Jal Board CEO to oversee the cleaning works of the river and ordered it to submit reports at regular intervals.
The tribunal has also ordered the Delhi government and the municipal corporations to immediately take action against those polluting industries which function in residential areas. These industries are held as the major source of pollution to the river.
NGT’s above orders were issued after hearing a plea on the monitoring of execution of the ‘Maili se Nirmal Yamuna Revitalisation Project 2017’.

The NGT on May 1 ordered the inspection of the sewage treatment plants (STP) to make sure that the effluents are treated before it got released into Yamuna. Almost 67% of the wastewater reaching Yamuna are to be treated under the STPs set up under Phase 1 of the ‘Maili se Nirmal Yamuna Revitalisation Project 2017’. Out of the total 14 STP projects that are to be built for treating wastewater, seven STP projects will be built by the Delhi Jal Board with its own funds.
The central government had sanctioned the Yamuna Action Plan (YAP)-I and YAP-II schemes for the states of Delhi, Haryana and Uttar Pradesh. YAP-III projects which are to be completed by December 2018 has been introduced in Delhi with financial assistance from Japan International Cooperation Agency (JICA). The project involves works like sewerage/interception and diversion of drains, sewage treatment plants, low-cost sanitation and community toilet complexes, electric and improved wood crematoria among others.