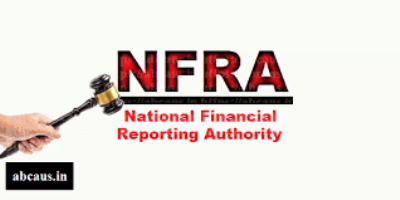 The Appointments Committee of the Cabinet (ACC) has approved the appointment of former finance secretary Ajay Bhushan Pandey as the chairperson of the National Financial Reporting Authority (NFRA).

National Financial Reporting Authority (NFRA) is a statutory body, established in 2018 under the Companies Act 2013. It is an independent regulatory body, which oversees the auditing profession, accounting standards, and policies in India.

National Financial Reporting Authority (NFRA) was first proposed by the Standing Committee on Finance in its 21st report, in the wake of the 2009 Satyam scandal. In 2018, the proposal to establish  NFRA as an independent regulator was approved by the Union Cabinet.

Powers and duties of NFRA

Powers and duties of NFRA mentioned in Section 132 of Companies Act 2013 are:

NFRA Rules of 2018 expanded the powers of the NFRA to include the governing of auditors of the following entities:

The main reason for establishing NFRA is to improve the transparency of financial statements presented by India’s listed companies and large unlisted companies.