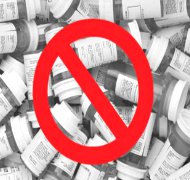 On September 20, 2020, the minister of state for Social justice and Empowerment Shri Ratan Lal Kataria said in a written reply to a question in Lok Sabha that the Ministry has launched Nasha Mukt Bharat Abhiyan in more than 272 districts so far. The National Action Plan for Drug Demand Reduction has been formulated and is being implemented by the Ministry Of Social justice and empowerment under the programme. The scheme is being implemented between 2018 and 2025.

The National Plan for Drug Demand Reduction aims to reduce consequences of drug abuse. It includes awareness generation programs in schools and colleges, capacity building of service providers and provisioning of treatment facilities.

It was launched on international day against drug abuse and illicit trafficking.  The day celebrated on 26 June every year. The plan has following components

Around 8.5 lakh Indians inject drugs and 4.6 lakh children need help for inhalant dependence and around 7.7 million Indians or need of help for opioid dependence.