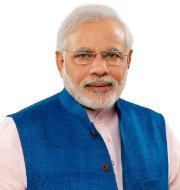 The Prime Minister Narendra Modi has become the longest-serving non-Congress PM of the country and at the same time, he has also been at the helm of an elected government for a period of 18 years, which is the longest such tenure by the head of the government. This includes his term as the Chief Minister of Gujarat before assuming the charge of the PM of the country in the year 2014.

Details of the Achievement

The Prime Minister has completed his term as the Chief Minister and now as the PM for over 18 years and 306 days. Before this, the first PM of India, JL Nehru served as the PM of the country for a period of 16 years and 286 days. However, he did not serve a single term as the head of a state government in his life.

Indira Gandhi who had the third-longest tenure as the head of the elected government in the country with a length of 15 years and 350 days as the Prime Minister of the country, comes third in this list. She also did not serve as the Chief Minister at any point of time in her political career.

There are certain state-level leaders who had a longer tenure than the current PM such as Jyoti Basu, who was the CM of West Bengal and Pawan Chamling, who has served as the CM of Sikkim. But both these leaders have never served as the PM of the country.

The record set by the current PM will stay intact for a very long period of time.