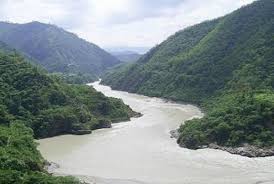 The World Bank has approved 400 million USD of loan to support Namami Gange project of India. According to World Bank, the funds will help 500 million people living in the river basin.

The World Bank has enhanced its support to rejuvenate river Ganga. On June 25, 2020, world bank had approved the second National Ganga River Basin Project. The project will help GoI successfully implement Namami Gange Programme. The funds to support the second project is being released now.

Role of World Bank in the project

The Bank has been supporting the project since 2011. The financial assistance from the bank helped India set up National Mission for Clean Ganga. The mission is now the nodal agency that is building sewerage treatment infrastructures in towns and cities along the river.

The Bank has so far helped build 20 pollution hotspots along the river.

The project was launced by GoI in 2014. It is currently being monitored by Ministry of Jal Shakti. The main pillars of the project include