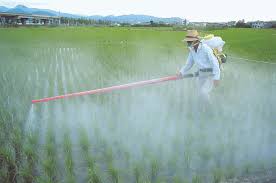 Context in Current Affairs:  A mystery disease has broken out in the state of Andhra Pradesh. More than 400 people have been affected by the disease. The disease has so far killed one person and the reason for the outbreak is still unknown.

In the Eluru district of Andhra Pradesh, people are suffering from nausea and and consciousness. Some others are complaining of seizures, convulsions and neurological symptoms. The first case of the disease was reported on December 5, 2020.

It has been proved that none of these patients were infected from covid-19. The water samples in and around the towns infected with the disease have been collected to determine the cause of the outbreak. It has been concluded that neither water pollution nor viral infections from water bodies have caused the disease outbreak.

The results of the tests for virus Japanese encephalitis, Chikungunya, dengue have come negative. Other tests such as bacterial infections including meningitis have also resulted negative.

The organo chloride insecticides are banned in India. Organochlorides are toxic because the dioxins in these compounds when burnt in the presence of chlorine produce persistent organic pollutants. These organic pollutants post dangers to the environment. They accumulate in food chains and cause reproductive problems. For instance, it causes Egg shell thinning in certain bird species.

DDT, Dichloro Diphenyl Trichloroethane is one such organochloride. They are very high in mobility and traces have even been found in Antarctica despite of the fact that the chemical has never been used there. The other organochlorine compounds such as nitrogen mustards, sulphur mustards and lewisite have been used as Chemical Weapons due to their toxicity.