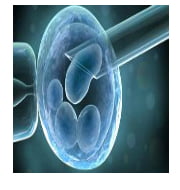 Members of Parliament (MPs) in United Kingdom (UK) have voted to legalise law for creation of three-parent IVF designer babies using Mitochondrial Donation Technique.
In this regard, MPs in House of Commons during free vote, voted in favour of amendment bill to amend Human Fertilisation and Embryology Act, 1990 by 382 to 128 votes.
With this historic move, UK is now set to become the first country to introduce law to allow the creation of babies from three people. Now this amendment bill needs to be passed in House of Lords.

What is Mitochondrial Donation Technique?

Mitochondria: It is a tiny compartment inside cell within the body that converts food in usable energy. It is also called as the powerhouse of the cell.