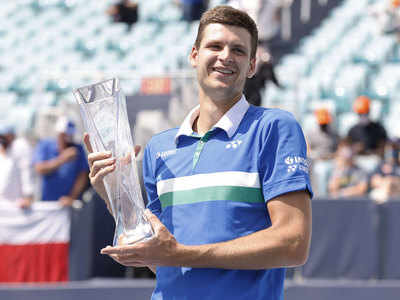 Hubert Hurkacz of Poland has won the Miami Open title. He won the title playing against Jannik Sinner. Hubert has become the Poland’s first Masters 1000 Champion.

Hubert Hurkacz uses an all-court game strategy. The other tennis strategies used by the players are baseliners and volleyers.

It is a series of nine tennis tournaments that features top ranked players. Novak Djokovic holds the record for winning most of the titles in this series. He is the only tennis player to complete Career Golden Masters.