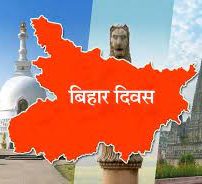 Bihar is celebrating its 109th foundation day on March 22, 2021. The foundation day is known as the “Bihar Day”. The day is regarded as a public holiday across the state.

The day is observed every year on March 22. It marks the formation of state of Bihar. On this day, Bihar was carved out of the Bengal by the British government in the year 1912. The Day was started being celebrated in the tenure of Nitish Kumar. Now it is celebrated on a large scale by Bihar Government. The day is also celebrated in the countries like Britain, United States, Germany, Australia, Canada, Scotland, Qatar, Bahrain, United Arab Emirates, Trinidad & Tobago and in Mauritius.

Bihar which is a state in eastern India is called as the third-largest state by population across India. It is also the twelfth-largest state by territory. The state is having an area of 94,163 km2. It is surrounded by Uttar Pradesh in the west, Nepal in the north, northern part of West Bengal in the east and Jharkhand in the south. The plain is split by river Ganges flows from west to east. The three main cultural regions of the state include Mithila, Magadh, and Bhojpur. The southern part of the state was carved out to form Jharkhand on November 15, 2000. Official languages of the state are Hindi and Urdu.

In ancient and classical India, the area of Bihar was considered as the centre of power, learning, and culture. The first empire of India called “Maurya Empire” was emerged from Magadha. Also, Bihar is considered as the origin of most widely adhered-to religions of the word called Buddhism.