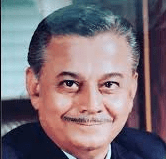 Famous Marathi actor Jairam Kulkarni recently passed away in Pune at the age of 88. His last movie was ‘Khel Aayushyacha’, which was released recently.

Jairam Kulkarni had acted in more than 150 films, which includes several critically acclaimed films. Before starting his career as an actor, Kulkarni had worked in Akashwani.