Manipuri films blacked out at International Film Festival of India 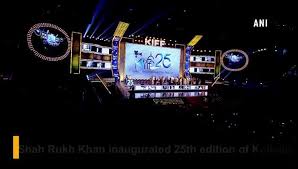 Manipur films, some of which have carved a niche in the national and international film world by bagging prestigious awards such as Grand Prix and Golden Conch blacked out from the golden jubilee of International Film Festival of India scheduled to be held in Goa after November 20 to 28. Syam Sharma, director of Imagi Ningthem (My son, my precious) had bagged the Grand Prix in Nantes in 1982.  His name does not appear even in the list of film personalities who are to be honoured during the festival in Goa. Film-maker, Haobam Pabankumar, bagged the Golden Conch award in 2016 for his film Phumsang.