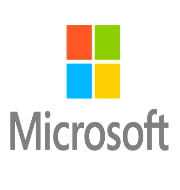 According to the Security Endpoint Threat Report 2019 released by Microsoft, India has been placed among the topmost countries with cryptocurrency mining encounters and drive-by download attacks. The report has been published based on diverse data sources including 8 trillion threat signals received and analyzed by Microsoft every day, covering a 12-month period from January to December 2019.

All these were experienced despite the overall reduction in the malware and ransomware attacks across the world by around 35% and 29% respectively. India’s cryptocurrency mining encounter rate also showed a decline of around 35% from the 2018 levels but it was still 4.6 times higher than the regional and global average.

Details of the Attacks

The attacks being considered involve downloading malicious code onto an unsuspecting user’s computer when they visit a website or fill up a form. This code is then used by an attacker to steal the passwords to sensitive sites or financial information of that user.