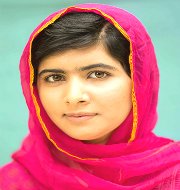 What are the Key Features of the Malala Yousafzai Scholarship Act?

What is the role of USAID in the scholarship programme?

The USAID has so far awarded more than 6000 scholarship to the young women of Pakistan since 2010. These scholarships help the Pakistani women to receive Higher Education in Pakistan. The Malala Yousafzai Scholarship Act aims to expand this programme.

Who is Malala Yousafzai?

Malala is a Pakistani activist for female education. She is also the Youngest Nobel Prize Laureate. She fought against the Taliban for women education. The Taliban had banned girls from attending schools.

On October 2012, Yousafzai was shot by Pakistani Taliban Gunman in retaliation for her activism. She was hit in the head with bullet and remind unconscious. She was later transferred to Queen Elizabeth Hospital in United Kingdom.

What is Malala Day?

On July 12, 2013, Malala spoke at the United Nations to call for worldwide access to education. This was on her 16th birthday coincidentally. The United Nations had dubbed the event as Malala Day.

It is an interdependent agency of the United States that is responsible for administering foreign aid. It is one of the largest aid agencies in the world with a budget of 27 billion USD.