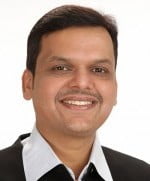 Maharashtra government has made e-auction mandatory from 1st of January 2015 in order to bring in more efficiency and transparency in the system of auction.
In this regard state government has recently issued Government Resolution (GR) for implementing e-auction system in all government offices, urban and rural local bodies and public undertakings, with a reserve price of Rs one lakh or more. Its implementation will also help boost government revenue.
At present, state government has implemented e-auction on a pilot basis in some districts and had received a good response. Currently the auction of sand, government land and Tendu leaves is done through e-auction.