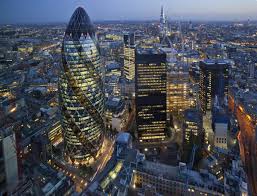 London has topped in the 2017 Global Financial Centres Index (GFCI) among 92 financial centres released by the Z/Yen and China Development Institute. India’s financial capital Mumbai was ranked at 60th position, up by three positions compared to previous edition.

The index is ranking of the competitiveness of financial centres based on aggregate of indices from five key areas: business environment, financial sector development, infrastructure factors, human capital, reputation and general factors. It is published twice a year. It is widely quoted as a source for ranking financial centres.

has moved just ahead of Singapore. Tokyo remains in fifth. New York was 24 points behind London, biggest gap between the two since survey started in 2007 presumably due to fears over US trade.
The index shows that London is globe’s most attractive financial centre despite Britain’s looming departure from the European Union. Earlier it was believed that due to Brexit, London will lose its pre-eminent status as a financial centre, but there are very few signs of that happening yet.
There is overall drop in confidence amongst leading centres. Of the top 25 centres, 23 fell in ratings and only two rose. At lower end of table, 20 of 25 lowest rated centres actually rose in the GFCI ratings.
Western European financial centres are still volatile. Frankfurt, Dublin, Paris and Amsterdam all rose in rankings, but Geneva, Zurich and Luxembourg fell in rankings. European centres continued to fluctuate as people speculate about which centres might benefit from London leaving U. Stockholm, Copenhagen, and Vienna all showing strong rises.
The leading financial centres in Asia/Pacific region fell in ratings. All of top ten centres in region fell in ratings with Singapore, Tokyo, and Osaka all showing fall in ratings. These are reverses of strong gains made in the year 2015-16.