Leonid Meteor Showers to reach their peak in India 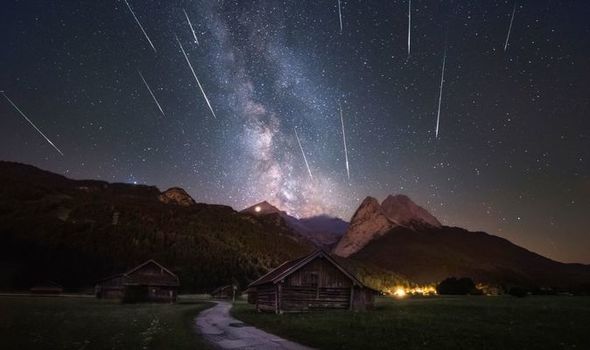 The Leonids emerge from the comet Tempel-Tuttle. The comet takes 33 years to complete one revolution around the sun. The Leonid meteor showers are bright and are travelling at the speed of 71 km per second. During this year, around 10 to 15 meteors are expected to be seen every hour. The Leonid showers include large meteors than the average meteors.

What is a meteor shower?

As the Earth revolves around the sun, it passes through large cosmic debris. These debris are remnants of comets. Comets are frigid chunks of matter. It leaves dirty trails of ice and rock that linger after the comets have passed. When the earth passes through these remnants, they are acted upon earth’s gravity and some begin to fall down towards the earth’s surface. While falling down, they catch fire due to the friction of the earth’s atmosphere. This fireball of the remnants are meteor showers.