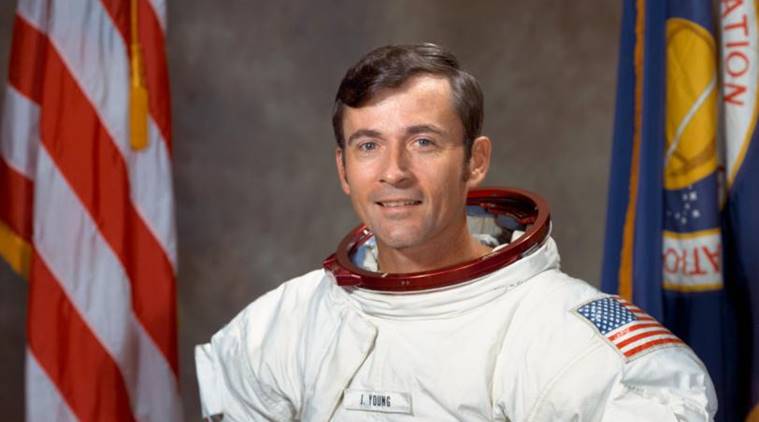 Legendary astronaut of NASA John Young, who walked on the moon and later commanded the first space shuttle flight passed away in Houston, US. He was 87.
He was NASA’s only astronaut to go into space as part of Gemini, Apollo and space shuttle program, and the first to fly into space six times. He was 9th man to walk on moon.

He was born in San Francisco, California. He had earned degree in aeronautical engineering from Georgia Tech. Later he had joined US Navy. Later he took flight training. His first time in space came in 1965 with Gemini 3 mission that took him and astronaut Gus Grissom into Earth orbit in first two-man US space jaunt.
His NASA career spanned over 42 years, longer than any other astronaut’s. In 1965, he had flown the first manned Gemini mission and commanded another in 1966. In 1969, he became first person to orbit Moon alone for Apollo 10.
He also had driven Lunar Roving Vehicle on Moon’s surface during Apollo 16. He is one of only three people to have flown to the Moon twice. He also commanded two Space Shuttle flights, including its first launch in 1981, and served as Chief of Astronaut Office from 1974–1987. He retired from NASA in 2004.