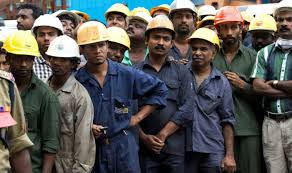 The Labour Minister, Santosh Gangwar, will launch the software applications for five all India surveys on February 18, 2021.

All-India Survey on the migrant workers

It will assess the employment generated in Transport Sector of India.

This survey will measure the relative change in employment situation in the successive quarters for a sizeable group of non-farm economy. It will cover all the eight important sectors of Indian economy.