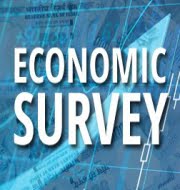 According to Economic Survey 2016-17, the inter-state migration of workers in India has increased substantially to 90 lakh annually between 2011-16 period compared to the previous years.
The estimate of labour migration in India was based analysis of census data of 2011 and railway passenger traffic in the unreserved category and new methodologies including the Cohort-based Migration Metric (CMM).