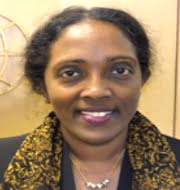 Kundhavi Kadiresanwas appointed as the Assistant Director (AD) of United Nations Food and Agriculture Organization (FAO) and Regional Representative for Asia and the Pacific.
She was appointed at the post by FAO Director General José Graziano da Silva and succeeds Hiroyuki Konuma who has retired.