Koalas about to be listed ‘Endangered’ in Australia 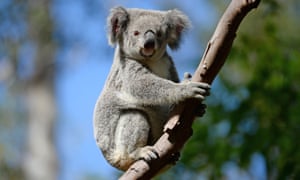 One of the worst bushfires in the history which began in September 2019 in Australia has burned more than 10 million hectares of land to date and as per Australian Broadcasting Corporation reports, over 1.25 billion animals are believed to be dead, hundreds of billions of insects might have been wiped out. Every year a series of bushfires are notably reported from the south-eastern region of Australia, but the 2019-20 bush fires have been one of the worst in the history, despite all efforts by the Australian Government it is estimated that around 30 percent of the habitat across the country has been destroyed due to the 2019-20 bushfire season.

On Monday, 13th January 2020 the Australian Government has announced that the population of the herbivorous marsupial animal Koala, which is native to the country has suffered the most, the Threatened Species Scientific Committee will assess to weather list the Species of Koalas in ‘Vulnerable’ or in the ‘Endangered’ species list in the country.