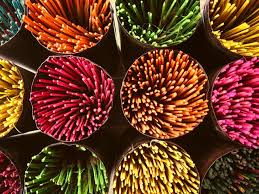 The MSME Minister has approved a mission in order to generate employment as well as to make the country self-reliant with regard to the agarbatti production. This scheme, to be administered by the Khadi and Village Industries Commission, will focus on creating a sustainable infrastructure for manufacturing the incensed sticks by the women self-help groups so that they become self-reliant and also the country doesn’t need to import this in the future.

KVIC is going to provide the automatic machines for the production of agarbatti and also powder mixing machines to the artisans through the successful private manufacturers. These private companies will sign the agreement as to the business partners under this scheme. KVIC has also decided to procure only locally made machines by Indian manufacturers which also aim at encouraging local production. The Commission will provide a 25% subsidy on the cost of the machines and will recover the remaining 75% of the cost from the artisans in easy monthly instalments.

The pilot project for the scheme will be launched soon and after full-fledged implementation of the scheme, thousands of jobs will be created in the Agarbatti industry. The program named as Khadi Agarbatti Atma Nirbhar Mission is going to create employment for unemployed and migrant workers in different parts of the country.