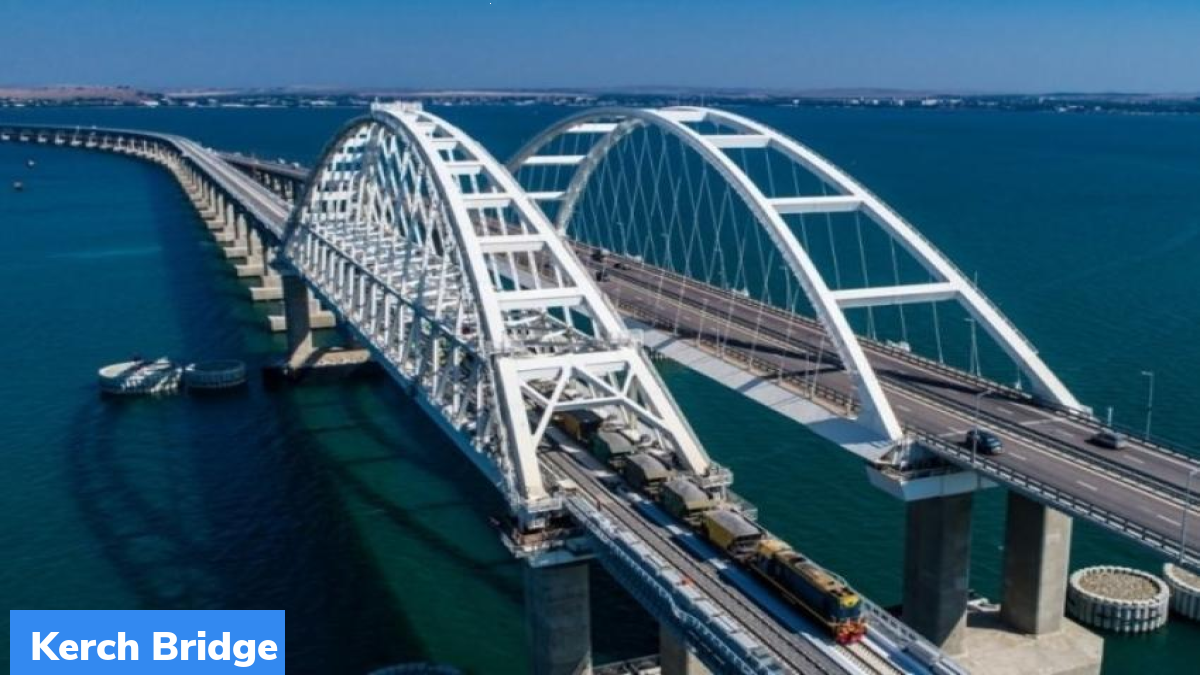 A fuel tank explosion caused the partial collapse of the Kerch Bridge, which connects Russia with Crimea.

The Kerch Strait is situated in Eastern Europe. This waterway connects the Black Sea and the smaller Sea of Azov. It separates the Kerch Peninsula in Crimea from the Taman Peninsula in Russia. The strait is named after the Crimean city of Kerch.