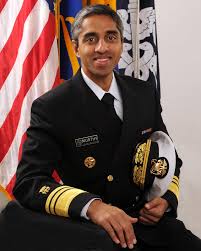 On November 8, 2020, the US President Joe Biden announced a 12-member Task Force to deal with COVID-19 in the United States of America.

The task force is to be headed by a former General Surgeon Vivek Murthy and other officials from Food and Drug Administration and universities. It also included former Obama administration health advisers.

Vivek was born in England to immigrants from Karnataka. The family moved to Florida, US when Vivek was three years old. Both parents of Vivek are into medical field.

Vivek served as the nineteenth Surgeon General of the United States. He cofounded VISIONS. The organisation focused on HIV/AIDS education. He also co-founded the Swasthya community health partnership to train women as community health workers in rural India.

While he took charge as the US surgeon General, he was the youngest to get qualified to the post.

In 2011, he was appointed as the Presidential Advisory Council on Prevention, Health Promotion and Integrative and Public Health by President Obama. The council advises on measures to advance nation’s health through prevention.

The Surgeon General of United States is appointed by the President and is confirmed by the Senate. He serves for a period of four years. He is the head of the Commissioned Corps, that holds 6,500 member cadre of uniformed health professionals.

US has become the first country in the world to cross 10 million COVID-19 cases. In the last seven days, the numbers have grown by four times. Joe Biden spent much of his election campaign in criticising Trump’s handling of the pandemic. He also pledged that tackling the pandemic will be the top priority for his government.