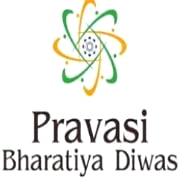 On January 9, 2020, Pravasi Bharatiya Divas was celebrated. The day is being marked since 2003 to recognize overseas Indians. It aims at promoting unity among Indian diaspora living abroad and also mark the contributions of overseas Indians. The event is organized by the Ministry of External Affairs. It is sponsored by Confederation of Indian Industry.

The aim of celebrating the day is to provide a platform for NRI to express their perceptions about India and thereby involve them in Indian developmental activities. It also aims at creating a network of NRIs in all countries and connect younger generation. The day aims at connecting Indians living overseas with their roots so that they shall contribute to the development of the country.

The Pravasi Bharatiya Samman is being presented to honour exceptional NRIs (Non-Resident Indians) for their contribution towards the country. The award is presented by the President of India.