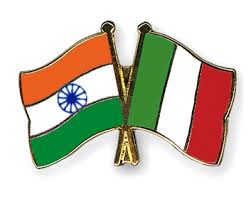 The Ministry of External Affairs of India has informed that Italy has signed a framework agreement with India on March 17, 2021 to join the International Solar Alliance (ISA).

The Italian Republic signed the framework agreement of ISA following the amendment made to the framework agreement of ISA which came in to effect on January 8, 2021. This amendment had opened the membership in the Solar Alliance to all the members of the United Nations. The ISA Framework Agreement was signed by Ambassador of Italy, Vincenzo De Luca.

The Foreign Secretary of India, Harsh Vardhan Shringla had met the Ambassador of Italy, Vincenzo De Luca on March 17, 2021. During the meeting, Indian secretary welcomed the accession of Italy to the International Solar Alliance. During the meeting, both the sides also discussed the G20 Presidency of Italy which Italy is currently holding. Both the countries also discussed the vaccine maitri initiative. Under the vaccine maitri initiative, India is using the vaccine production and delivery capacity to export the covid-19 vaccine to other countries so as to fight the pandemic induced crisis.

ISA is a treaty-based intergovernmental alliance comprising of 121 countries. The establishment of the alliance was initiated by India. Most of the member countries are the sunshine countries. These countries are located either completely or partly in between Tropic of Cancer and Tropic of Capricorn. However, the countries falling outside the tropics can also join the alliance and avail all the benefits which are available to the members except the voting rights. ISA works with the objective of working for the efficient consumption of the solar energy to reduce the dependency on the fossil fuels. This initiative was first proposed Narendra Modi in November 2015 at the Wembley Stadium, London. During the address, the Indian Prime Minister had referred the sunshine countries as Suryaputra meaning Sons of the Sun.