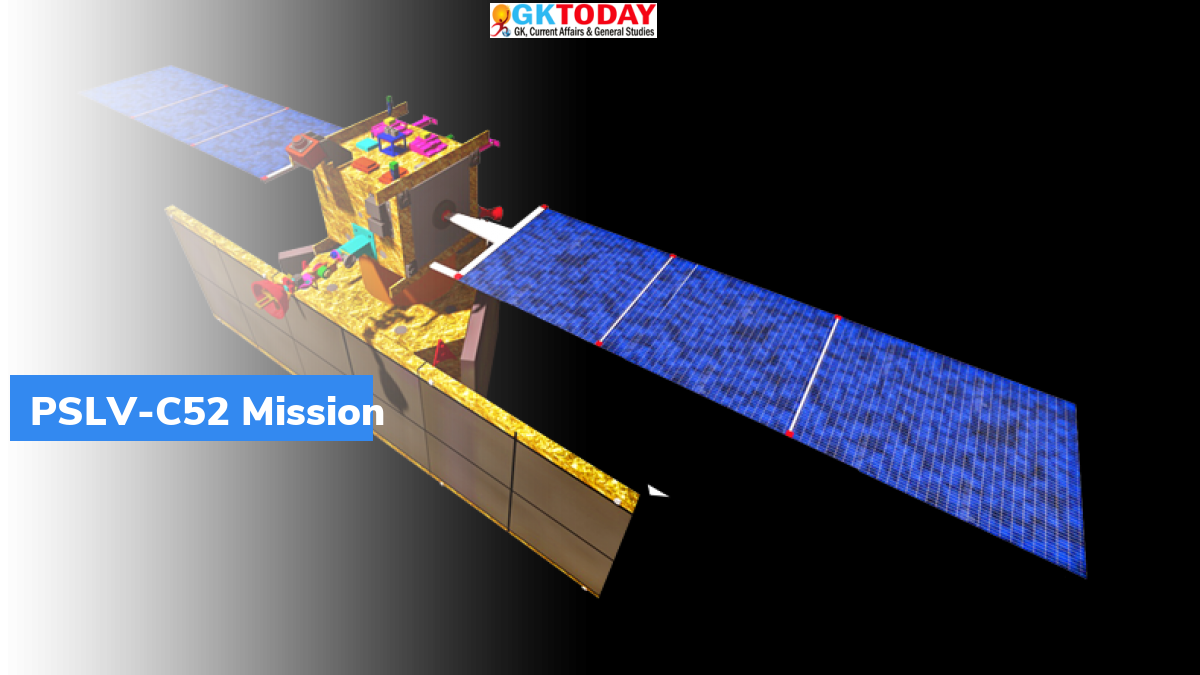 The Indian Space Research Organization (ISRO) recently launched the PSLV – C52 rocket successfully. The rocket carried two small satellites and EOS – 04. The two small satellites were Inspiresat – 1 and INS – 2TD. This is the first launch of 2022. And it is the first launch since the failure of EOS – 03 mission. The EOS – 03 failed as the cryogenic upper stage did not ignite.

What was special about the launch?

After 22 minutes of the launch, the fourth stage was passivated. This was done by removing excess propellants. The propellants used were mixed oxides of nitrogen and mono methyl hydrazine. Removing excess fuel is called passivation. Passivation lasted for ten minutes.

It is a radar imaging satellite. It was designed to provide quality image. This includes forestry, agriculture, flood mapping, soil moisture, plantations and hydrology. It is to supplement the data from RISAT – 2B series, Cartosat and Resourcesat series. The mission life of EOS – 04 is ten years. It weighs 1,710 kg.

It is a student satellite. The mission life of the satellite is one year. It was developed by Indian Institute of Space Science and Technology. The satellite is to study orbital heating of the sun and about the dynamics of ionosphere. Weight of Inspiresat – 1 is 8.1 kg.

It is a Bhutanese satellite. It is to be launched in December 2022. The INS – 2B is being developed by Bhutanese scientists trained by ISRO.