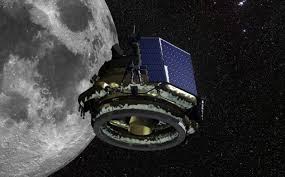 Indian Space Research Organisation (ISRO) has lost contact with India’s most powerful communication GSAT-6A satellite in less than 48 hours after it was launched. The loss in contact is believed to have been caused by power system failure or short circuit on the satellite.

The GSAT-6A satellite was to be placed in orbit in three phases after its successful textbook launch on March 29, 2018 onboard of GSLV-F08. ISRO had successfully completed first orbit raising operation of GSAT-6A Satellite on March 30, 2018, which saw satellite changing its closest and farthest point from earth besides changing its inclination. The second orbit raising operation of GSAT-6A was successfully carried out on March 31, 2018, but during the third and final firing scheduled on April 1, 2018, communication with satellite was lost, hours after maintaining uncharacteristic silence on the health of the satellite.

Orbit-raising refers to manoeuvres by which satellite is taken to its final orbit in stages. Each time, a series of thrusters – small engines onboard of satellite that makes alterations in the flight path – is used.