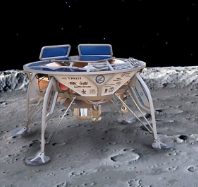 SpaceX Falcon 9 rocket carrying Israeli company SpaceIL’s lunar lander blasted off from Florida. If successful Israel will join the club of countries which includes Russia, the US and China who haa ve made successful controlled landing on the surface of earth’s nearest neighbour.

SpaceIL is a non-profit company founded eight years ago to compete in the Google Lunar X Prize, an international competition to see whether a private enterprise could land a spacecraft on the moon and move 500 meters in any direction, and transmit live, high-definition video from the lunar surface.
But the competition got cancelled in the year 2018 when none of the five teams left in the competition was able to meet the March deadline for a launch.