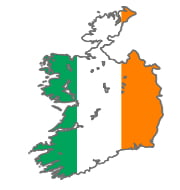 The Prime Minister of Ireland Leo Varadkar recently tendered his resignation as Taoiseach, which means Prime minister in the country.

Though he submitted his resignation to the Irish President Michael Higgins, he continued to stay on as interim leader. As per the country’s constitution, the Taoiseach and the government will continue to carry on their duties until successors are appointed.

Topics: Ireland • Politics of the Republic of Ireland • World