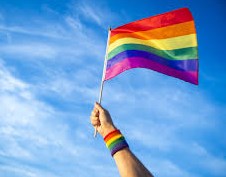 May 17th is observed as International Day against Homophobia, Biphobia, and Transphobia. This theme for this year is “Our Bodies, Our Lives, Our Rights.”

What is the objective of the day?

The objective is to coordinate events worldwide that raise awareness regarding the rights of LGBT and engage with media, policymakers, public and other stakeholders regarding issues of the LGBT community. Although only three principal issues are mentioned in the name of the campaign, this day works to advance the rights of people with various sexual orientations, gender identities, and sex characteristics.

May 17th was chosen to commemorate WHO’s decision to declassify homosexuality as a mental disorder. In 1990, WHO removed homosexuality from the International Classification of Diseases (ICD).

When the day was first observed?

What is the impact of the day?

Last year, US president Joe Biden used the day to highlight efforts to end discrimination against LGBTQIA+ and to call on United States Congress to pass the Equality Act. Prime minister of Canada, Justin Trudeau, mentioned plans regarding the creation of the first federal LGBTQ Action Plan and passing a law to protect various gender identities and expressions.