“Innovate for Accessible India” Campaign launched by NASSCOM along with Microsoft 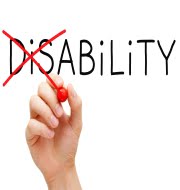 The NASSCOM (National Association of Software and Service Companies) recently launched the “Innovate for Accessible India” campaign along with Microsoft India. The other partners of the initiative include Ministry of Science and Technology, Ministry of Social Justice and Empowerment, Department of Empowerment of Persons with Disabilities.

The Initiative aims to sort out issues of Divyangs (physically challenged) with the help of Artificial Intelligence and Microsoft Cloud and other technologies. The initiative will cover 21 disabilities. These 21 disabilities are according to the Rights of Persons with Disabilities Act, 2016.

Some of the key areas that are to be focused by the initiative includes e-governance, livelihood, health and skilling.

According to 2011 Census, 2% of the India population are disabled. The National Policy for disabled people looks at them as valuable human resources and therefore seeks their protection and full participation in the society.

It was established in 2008. It aims at making cyberspace safe and secure. It also frames standards and initiatives for maintaining privacy and other cyber security standards. It also arranges conferences and creates common platforms for the industries, think tanks and other leaders of data protection industry to come together.