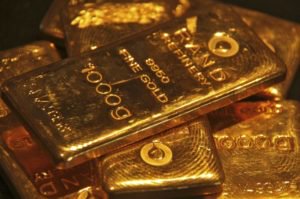 9 people were killed in an illegal gold mine in West Sumatra province of Indonesia due to landslides.

Indonesia accounts for about 4% of global gold production. Half of this comes from the Grasberg Mine. The country’s largest gold mines are located in Papua, Sumbawa, East Kalimantan and Central Kalimantan. The gold production is higher than the domestic demand for the metal. Hence most of the production is exported.

The recent accident in West Sumatra is only the latest in a series of mining accidents in illegal and unlicensed gold mines operating across Indonesia. The mining activity has damaged the rivers that are the source of livelihood for many indigenous people like the Kamoro. The rising river bed had killed off many of the fishes. This has led to the indigenous people and other locals resorting to illegal gold mining. Of the 170 billion USD earned by the country’s gold trade, a very small fraction goes to the local population.