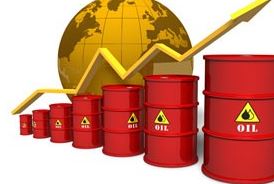 The policymakers are now deliberating on India’s strategic oil reserves at Mangaluru, Paddur (near Udupi) and Visakhapatnam after the drone strikes on Saudi Arabian Oil Co or Saudi Aramco’s facility over the weekend sent shock waves across global oil markets, hitting supplies.

State-owned Indian Strategic Petroleum Reserve Ltd (ISPRL) which is responsible for managing emergency oil reserves in the country has built a total of 5.33 million tonnes (mt) of underground storage capacity which includes:

These reserves can help India meet around 9.5 days of the country’s oil needs. But it has to be noted that these strategic reserves are not filled to its full capacity.

These strategic reserves situated both on the east and west coasts have ready access to refineries. The strategic storages are in addition to the existing stores of crude oil with the refineries.

The government also announced 2 more strategic reserves to come up at Chandikhole in Jajpur (Odisha) and at Bikaner in Rajasthan.

These strategic petroleum reserves are a great way to secure India’s energy security. These reserves would act as a piggy bank for India in the event of a war-like situation in the Gulf countries or other oil importers of India.