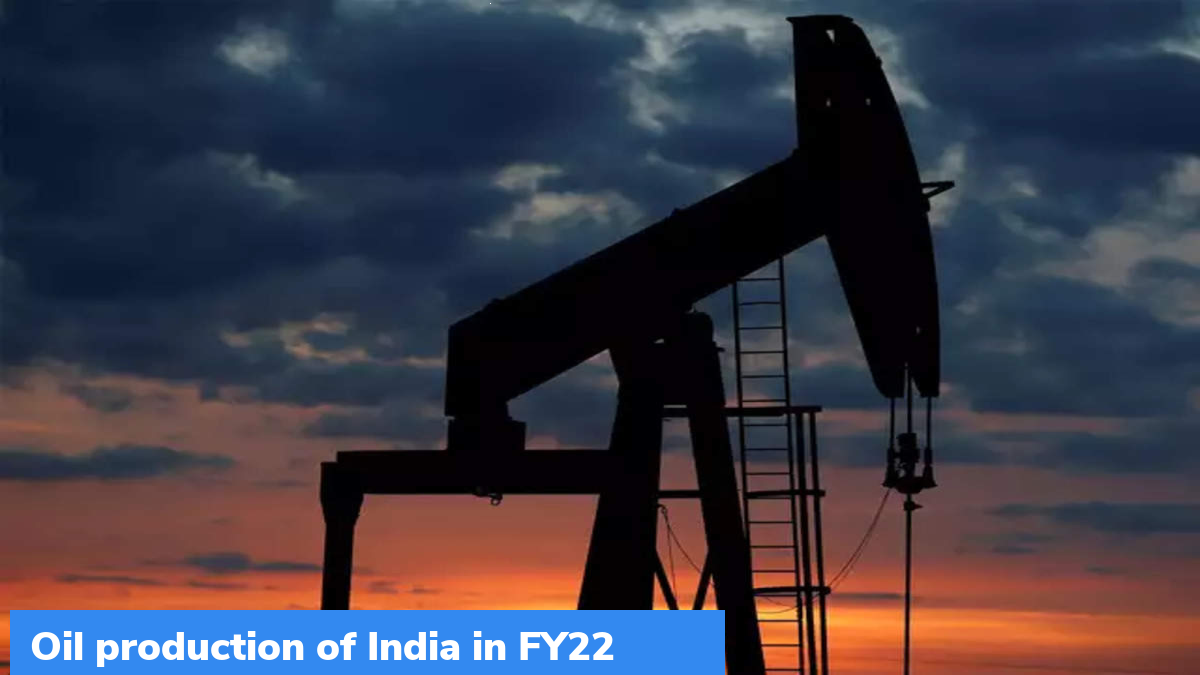 The crude oil production of India fell 2.67 percent in the fiscal year that ended on 31st March 2022. The production of ONGC was less than the target, but KG production by Reliance-BP’s natural gas output rose.

Reason for the decline

The primary reason for the decline in the country’s crude oil production is the aging fields where natural production is declining. To boost the recovery rate, investment is being made in technologies and thus output is being maintained.

In FY 22. the country’s natural gas output rose by 18.66 percent to stand at 34 billion cubic meters. This was mainly due to Reliance Industries Ltd and its partner BP Plc starting output from the eastern offshore KG-D6 block’s newer fields.

With a return in demand due to a rebound in the country’s economic activity, 9 percent more crude oil were refineries processed by the companies at 241.7 million tonnes in fiscal 2021-22. 254.3 million tonnes of petroleum products were produced which increased from the previous year’s 233.5 million tonnes as well as the current fiscals target of 249.8 million tonnes.